The Special Mother by Erma Bombeck 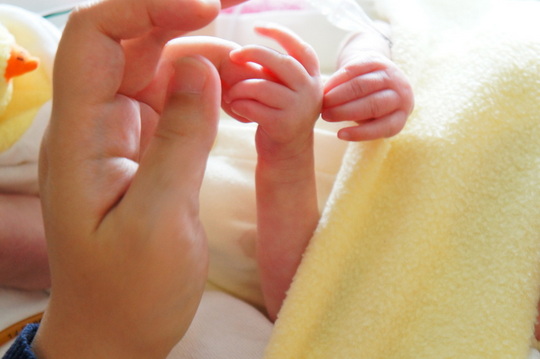 We would like to share this inspirational writing by Erma Bombeck called “The Special Mother“. If we were to change anything, we will change the “mother” to “family“. But below is a great way to explain why we were chosen to be Skyler’s family, we are not perfect but we are happy to be chosen. We truly believe our little angel deserves the best family to love and raise her, so it’s no wonder why God has chosen us.

Most women become mothers by accident, some by choice, a few by social pressures and a couple by habit.

Somehow I visualize God hovering over earth selecting his instruments for propagation with great care and deliberation. As He observes, He instructs His angels to make notes in a giant ledger.

Finally He passes a name to an angel and smiles, “Give her a handicapped child.”

The angel is curious. “Why this one God? She’s so happy.“

“Exactly,” smiles God, “Could I give a handicapped child to a mother who does not know laughter? That would be cruel.“

“But has she patience?” asks the angel.

“I don’t want her to have too much patience or she will drown in a sea of self-pity and despair. Once the shock and resentment wears off, she’ll handle it.”

“I watched her today. She has that feeling of self and independence that is so rare and so necessary in a mother. You see, the child I’m going to give her has her own world. She has to make her live in her world and that’s not going to be easy.”

“But, Lord, I don’t think she even believes in you.” God smiles, “No matter, I can fix that. This one is perfect – she has just enough selfishness.” The angel gasps – “selfishness? is that a virtue?”

God nods. “If she can’t separate herself from the child occasionally, she’ll never survive. Yes, here is a woman whom I will bless with a child less than perfect. She doesn’t realize it yet, but she is to be envied. She will never take for granted a ‘spoken word'”. She will never consider a “step” ordinary. When her child says ‘Momma’ for the first time, she will be present at a miracle, and will know it!“

“I will permit her to see clearly the things I see…ignorance, cruelty, prejudice….and allow her to rise above them. She will never be alone. I will be at her side every minute of every day of her life, because she is doing My work as surely as if she is here by My side“.

“And what about her Patron saint?” asks the angel, his pen poised in mid-air.

God smiles, “A mirror will suffice.“

2 Responses to "The Special Mother by Erma Bombeck"